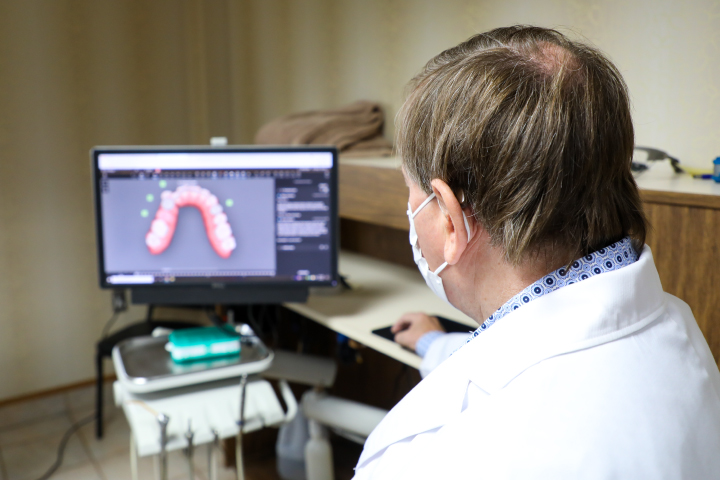 Periodontal Therapy involves the treatment of gums and jaw bones. This treatment can slow or halt the progression of periodontal disease. Just as there are several stages of gum disease – from gingivitis to advanced periodontitis – there are many different treatments. In come cases, a patient may be referred to a specialist.

Periodontal disease can cause gums to recede from where they should be. This not only causes the disease to spread, but it can be cosmetically unattractive. By performing a soft tissue graft we can cover the roots that have been revealed, stop the spread of disease and make teeth look better.

The cause of Gum Disease is bacteria. This bacteria can turn into tarter and plaque buildup, irritate your gums and lead to bleeding and receding gums. Traditionally, periodontal disease has been treated by extensive gum surgery but now gums can be treated non-surgically with the use of a Dental Laser.

Bacteria can hide deep in the grooves and pits between the teeth and gums. Root planning and teeth scaling require special instruments in order to get a deep cleaning that can slow or stop the progression peridontal disease. Because there are different levels of infection there are a variety of different treatments. In order to find out which is best for you, contact Hastings Family Dental to set up an appointment.

The tissue that connects the upper lip to the jaw, or Labial Fenulum, doesn’t normally cause problems, but for some, it can hinder growth and create a gap between the two front teeth. By removing the tissue (performing a frenectomy) we are able to fix the cosmetic obstruction and give you a fantastic looking smile.

Gum disease causes the gums to become loose and form pockets between the teeth. This creates the perfectly safe haven for bacteria and tartar and can eventually lead to tooth loss.

If gum disease spreads too much we may recommend a laser gingivectomy. The process begins by applying anesthesia to the mouth and then use a laser to remove the infected gum tissue. By using a laser we are able to minimize bleeding and healing time. Depending on the progression of gingivitis, the process could take anywhere from a few minutes to a few hours.

Ready to schedule an appointment?