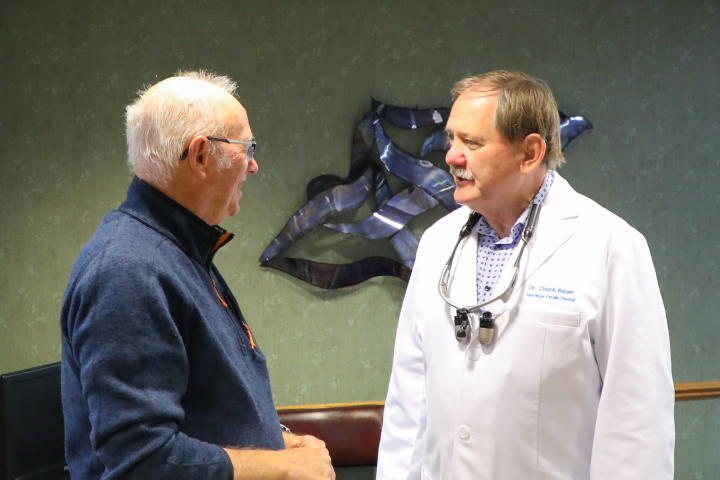 Endodontics involves treating the tissue in and around the tooth. When this tissue is diseased or damaged due to decay or trauma, an endodontic treatment, such as a root canal, is the procedure most often used as a means to save the tooth. A root canal is nothing to fear, and can be done with little or no pain. The procedure treats an abscess, or area of infection at the root of a tooth. If you’ve experienced swelling around a particular tooth, or if chewing or temperature changes cause pain, you may be dealing with an abscessed tooth. A root canal is a two-part process that begins with healing the sight of the infection, and then fixing the tooth, usually with a crown.

Root canal therapy must be performed when the nerve inside the tooth becomes infected, the only other alternative is an extraction.

The tooth is first numbed and a hole is made in the top of it. The unhealthy nerve is then removed and medication is placed in the tooth. A filling is then put in place of where the nerve was.

After root canal therapy, it is recommended that a crown be put onto the tooth since the tooth is more brittle and requires extra strength. The tooth can then be treated in the same way as other natural teeth.

A root canal re-treatment is preformed only if bacterial infection has re-entered the tooth. Although the infection can cause alot of pain, there are cases when patients aren’t even of the infection because symptoms are not present.

During a root canal the tooth is numbed and the canal system is re-opened and removed. An in-elastic latex-like compound called Gutta-Percha fills the canal along with a filling. The crown will then be replaced and in time the bone will heal where bacteria was removed.

Ready to schedule an appointment?